“Trenton” consists of highly sought after basalt flats rising to quality granite-soil ridges, and boasts a carrying capacity of approximately 240 steers or 170 breeders.
The block would also suit prime lamb or wool graziers in addition to potato growers such is the quality of arable soil.
The approximate 400 acres of open country supports quality improved pastures with fescue and a mixture of red and white clovers underpinning the feed.
Maku Lotus is well established on the flats and adds an extra kick to the legume mix.
The current vendors have utilised this fattening pasture as the finishing block for their cattle which are bred in the Clarence Valley and sent west to furnish.
Over their ten-year tenure the vendors state they have applied 35 tonnes of single super per year, with MO super used in rotation some years. 120 tonne of lime has also been broadcast in the last six months.
Water security is ensured by a series of eight stock dams, some spring fed, and with a number of internal paddocks and laneways making the movement of stock a breeze.
A good set of steel cattle yards with undercover crush also makes it easy to truck the finished bullocks to the sale yards down the good all-weather access roads.
A well built steel shed provides lock-up storage for the farm gear and boasts plumbing and an off-grid solar system. A wood combustion stove provides the comforts of home and a handy place to cook a stew for a weekend stay in the insulated living quarters.
The original farm workers cottage still stands but is in a state of disrepair and will need a bit of work before the Airbnb crowd come calling.
The property itself is made up of 5 titles plus a former crown road lot which has been purchased.
Please watch the video to get a good overview of the block, and then call our office today to arrange your inspection. The first serious grazier to inspect will buy. 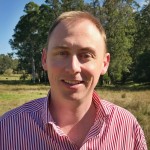